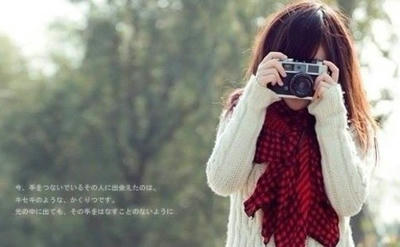 My sister visited from California last week, so one day we went to the city. It was one of those perfect New York days. The sun was mostly shining, the weather was warm, and the stench of sidewalk trash had yet to set in. We didn’t really have a plan, no dinner reservations to catch, no ticket times to observe, we just walked– from the Flatiron to the West Village. We had a stupendous late lunch, and then we just meandered around the Village. This eventually led to a stop at the original Magnolia Bakery. It had been years since I had been there. In fact, I don’t think I ever stopped in when I lived in the city.

My sister and I both have an enormous sweet tooth, and it’s difficult not to become swept up by the mounds of buttercream, and cascades of sprinkles, that overrun that shop. We each got mini cupcakes, because a cupcake at Magnolia Bakery is a prerequisite, and a single serving of their banana pudding. The cupcakes were a complete disappointment, so let’s not even discuss them! This is a post about pudding, and their banana pudding was divine! Rich, super creamy, not overly sweet, it tasted very homemade.

StrawberryPudding1That night, when I got home, I pulled out my Magnolia Bakery cookbook (a cookbook that I’ll admit to never really using!), and found the recipe for Banana Cream Pudding included. I was sort of aghast. The dreamy pudding that I imagined bakers stirring endlessly over double boilers, was really just a strange combination of instant pudding and sweetened condensed milk. A healthy dose of whipped cream is what made the pudding light and airy. And the vanilla wafers– they weren’t made from scratch either. Try a box of Nilla wafers!

From this I learned that sometimes no slaving is needed to make something delicious. I went to the market post haste to buy my “cooking” supplies. With the glut of fresh strawberries at the market right now, it seemed a shame to limit the pudding to only bananas. Strawberry pudding it would be. In the pudding aisle, there was a box of white chocolate pudding right next to the vanilla. If I already was making a fruit substitution, why not a pudding substitution as well?

StrawberryPudding2Following the banana pudding recipe, I mixed up the pudding with the strange concoction of sweetened condensed milk and water and let it set overnight. The next morning, I whipped the cream, using only half of the called for measurement, and folded it into the now-set pudding. Then the layering began of wafers, strawberries, and pudding, all nestled in a clear glass bowl. Topped with cookie crumbs, the whole mess went back into the fridge to soften and meld until dessert was served.
PR